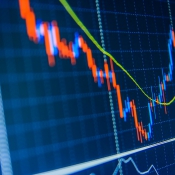 Oil Search (OSH) said on July 20 that it rejected a merger proposal from Australian oil and gas explorer Santos.

The company said it had recently received the confidential, non-binding and indicative merger proposal, which has been assessed by the board of directors, senior management and its advisers. “As a result of this assessment, the proposal was rejected as it was determined that it was not in the best interests of SST shareholders under the terms and value offered,” the company added.

Santos, in a separate statement, confirmed that he submitted a fully non-binding merger proposal on June 25.

Santos said he has sought to involve the board of directors of Oil Search on the rationale for the transaction and the desirability of Oil Search shareholders to participate in the value created by the merger.

“The combination would create a better alignment in Papua New Guinea by supporting the development of key projects, including Papua LNG, create new jobs and help support the local economy,” Santos said.

Oil Search announced on July 19 that its chief executive, Keiran Wulff, had resigned for health reasons.

Key indicators suggest Bukalapak is overpriced, but IPO may still be oversubscribed